A New Unique Rule in IPL | What is it and How will it Work?

Cricket leagues around the world experiment with the rules of the game to keep on bringing new things to the game. The introduction of new rules and even new approaches towards the game is, oftentimes, done in an attempt to make the game more entertaining and attractive for the fans, which is what leagues are all about.

Following the suit of the Big Bash League and amending their innovation a little, cash-rich league of India, the Indian Premier League, will see a new concept being introduced to the matches of the league. The concept, namely, Impact player rule, will be allowed to be implemented from the upcoming edition of the competition in 2023. The tactic was first tested in the recently concluded domestic competition, Syed Mushtaq Ali Trophy. Board of Control for Cricket in India (BCCI) announcing the rule said to the state units, “With the ever-growing popularity of T20 cricket, it is imperative that we look at introducing new dimensions which will make this format more attractive and interesting not only for our viewers but also the participating teams from a strategic viewpoint.

“The BCCI would like to introduce the concept of ‘Impact Player’ wherein participating teams could replace one member of its playing XI during a T20 match based on the context of the game.”

According to the novice tactic, a team will be allowed to replace one of the players from Playing XI with an impact player anytime before the end of 14th over of either of the innings. The team has to announce the name of 4 impact players along with names of Playing XI at the time of the toss.

However, only 1 from these additional players can be called in to play in case the team decides to use this rule, which by no means is mandatory. Luckily, the replacement does not necessarily have to be a like-for-like substitute for the player he is replacing as was the case in Supersubs or its now-defunct relative, concussion substitute. For instance, a bowler may be brought in to replace a batsman/all-rounder or vice versa.

Also, there is no limit on the number of overs the impact player can bowl or bat for. In other words, the impact player will be allowed to bowl a maximum of 4 overs just like any other bowler, irrespective of how many overs the player he came in place of has bowled. Similarly for the batters, the impact player can bat normally in the place of a dismissed batter provided no more than 11 batters come out to bat. The calling in of a new player however is subjected to a few conditions and rules, which are explained as follows:

In the scenario a player retires hurt, the team has to wait for the completion of an over before bringing in the impact player.

It is important for the captain, head coach or team manager to inform any of the umpires before introducing the impact player.

In case of matches truncated by rain or adverse weather forecast to equal to or less than 10 overs per side, the teams will not be allowed to use this tactical substitute rule. In case, a match is reduced after one side has used their chance of calling in the impact player, the other side will be allowed to do so even if the game is lessened to 10 overs or less per team. In all other situations where both sides are allowed to play more than 10 overs, the impact players can be brought in according to the match rules.

Other examples of Tactical Substitutes:

In 2005, the International Cricket Council allowed tactical substitutes as a trial for 10-months to be called in during the game in One Day International matches. However, due to abuse of the mentioned tactical concept by some teams, criticism by fans and gurus of the game citing the unfair advantage of this rule towards the team winning the toss and boycott of the rule by certain teams, the governing body was forced to throw the concept out of the window.

More recently, the Australian governing body, Cricket Australia tried their hands on something similar as well by announcing the introduction of what they called ‘the X-factor rule’ to the Big Bash League 2020-21. This too suffered a fate similar to Supersub and was discarded later on. 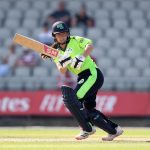 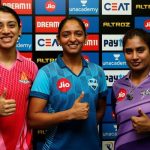