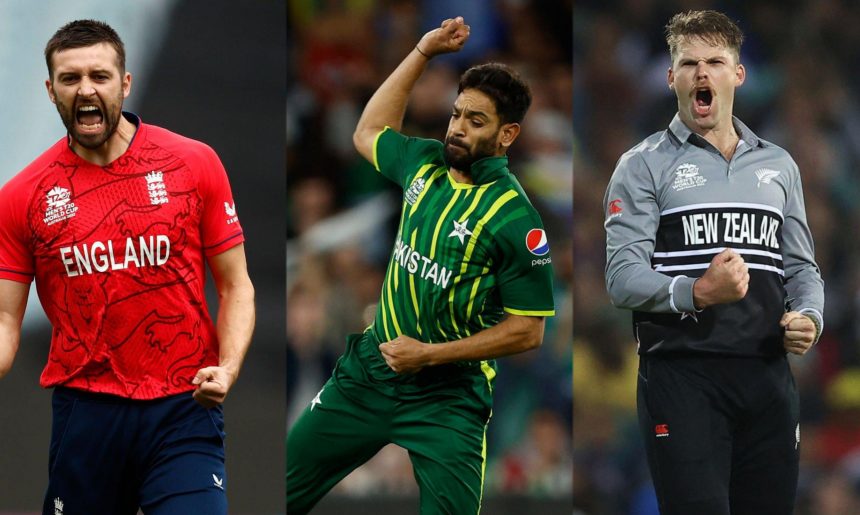 Who bowled the fastest delivery in World T20 2022? Complete List

The T20 World Cup in Australia came to an end with England lifting their second title in the history. In today’s article we will be reviewing the top 10 fastest deliveries in the recently-concluded T20 World Cup.

Fast bowlers clocked 150+ KPH in the tournament so let’s revisit and learn who tops the chart with the fastest delivery of the tournament.

Undoubtedly, Mark Wood is one of the fastest bowlers in the cricketing world right now. Since his comeback he has been bowling thunderbolts. Thereby, he was able to deliver the fastest ball of the tournament. It came when England faced New Zealand. He clocked 154.4 KPH.

The second name in the list is New Zealand’s strapping pacer Lockie Ferguson. The right-arm pacer clocked 154.55 kph when his side faced Ireland in the super 12 stage.

Anrich Nortje is third in the last. The right-arm pacer clocked 154.3 kph when his side faced Bangladesh in the super 12s.

Pakistan Haris Rauf is a fourth name in the list as he was busy delivering thunderbolts in the tournament. The right-arm pacer clocked 150.75 Kph during his side’s virtual quarter finals against Bangladesh.

Australia’s Mitchell Starc made it into the list when he clocked 149.95 kph against Ireland.

Bangladesh’s Taskin Ahmed also made it into the list when he bowled at a speed of 149.56. It happened when his side faced South Africa in the tournament.

Jordan is the second English bowler who made it to this elite list. Jordan achieved this feat when his side faced India in the semi final of the tournament. The right-arm pacer clocked 148.74 kph.

Sri Lankan Lahiru Kumara is eighth one in the list. He achieved this feat when he clocked 148.24 kph against mighty Australia.

Although West Indies had a poor campaign but their pacer Alzarri Joseph had a moment to remember when he clocked 147.82 kph against Ireland in the qualifiers.

The Australian Test skipper is the last name in the list. The right-arm pacer clocked 147.37 kph when his side faced Afghanistan in the tournament. 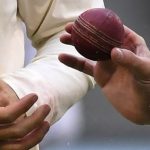 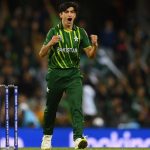