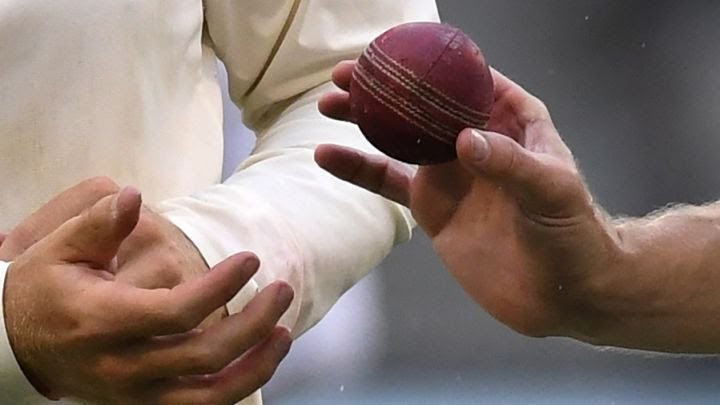 United Arab Emirates and Nepal are currently engaged in a three match ODI series at the latter’s home soil. Both teams have won 1 match each, so far in the series. Thus, the teams are waiting for the last match to decide who gets crowned as the series winner.

The predictions about the series winner are not the only things about this tour which are being discussed by cricket fans and pundits. A rather interesting event took place during the Second ODI, where the Emirates all-rounder, Alishan Sharafu, applied saliva to shine the ball which was immediately noted by the on-field umpires Vinay Kumar Jha and Masudur Rahman. Both umpires awarded the opposition team, Nepal, 5 extra runs, thus punishing the UAE team for the violation of law.

It may be surprising to a lot of people, but a temporary ban on using Saliva to shine the ball was placed 2 years ago as a part of COVID-19 measure. This was done to make sure the virus is not spread from one player to another since direct contact with the saliva of the infected person allows the virus to contract others as well. Use of Saliva during these 2 years, although, was banned but not followed by immediate punishments as the players were adjusting to this change in years old tradition.

This temporary ban was replaced by a permanent ban and in-match punishment by Marylebone Cricket Club, in amendments to its 2022 code and in September this year. The permanent ban came into effect from 1st October. Unluckily, the Arab team was the first one to become victims of this change in law which cost them 5 runs.

Marylebone Cricket Club announced the change in law in the following words:

“The new laws will not permit the use of saliva on the ball, which also removes any gray areas of fielders eating sugary sweets to alter their saliva to apply to the ball.”

The match was bested by Nepal by 3 wickets. The series decider between both teams will be played on 18th November Tribhuvan University Cricket Ground. 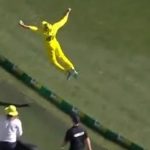 Watch: Ashton Agar gets air-borne to save a certain six with his dexterity
Next Article 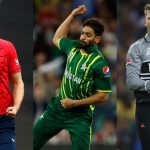