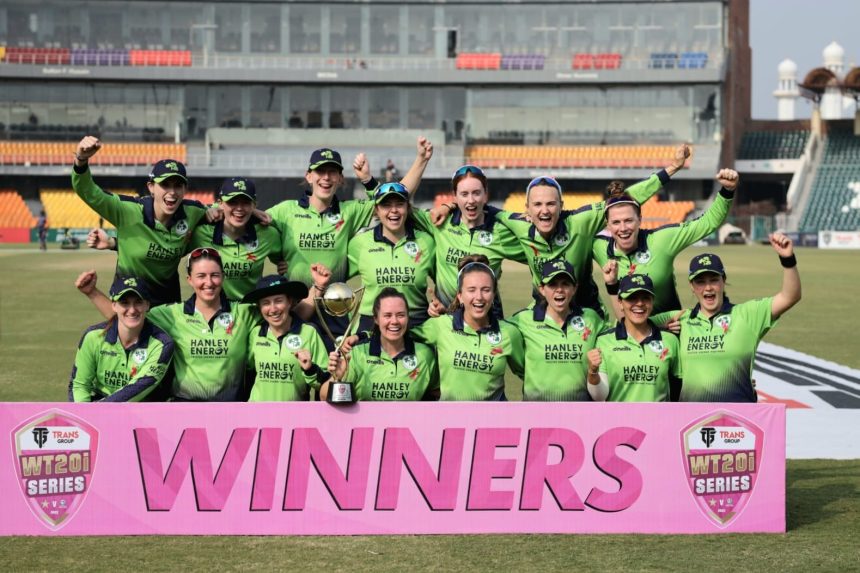 The Irish women script history by winning their first ever overseas tour:

The Ireland women have clinched the series from Pakistan women’s grasp to script history by achieving this milestone for the first time for their country. In the sub-continent, neither the Irish men nor women have ever won a series. However, Laura Delany’s team astonished the World and won the series to register their first ever away from home series victory. The Irish women superseded the series by 2-1 after defeating Pakistan Women in a series decider by 34 runs.

The Ireland women side visited Pakistan for the first time in the history of 60 years. The visiting side arrived in Lahore to play 3 ODIs and as much T20Is at the Gaddafi Stadium. The ODI series was bagged by the Pakistani women while the Irish women had their say in the T20I series.

The opening batter of Ireland Women’s team, Gaby Lewis, played a huge role in this epoch-making series win. She scored two fifties in the series and scored a total of 144 runs. Thus, exhibiting her capabilities of performing clinically at big occasions. Her remarkable innings in the series decider helped her team to come out as triumphants against the favourites, Pakistan. For her brilliant performance throughout the series, she was awarded the player of the match and the player of the series title.

Arlene Kelly was the top wicket-taker for Ireland in the T20 series as she made things difficult for Pakistan women’s team by getting 5 strikes to her name. Of these five wickets, 3 dismissals came in the series decider helping the pacer to guide her side home. The Irish Skipper complemented her ace quicker with her good bowling by getting three wickets in the third and final T20, which took the tally of her total wickets in the series to 4.

Allrounder Orla Prendergast was brilliant in the series as in the first T20 she scored 39 runs and got 3 wickets. Her spell was tremendous as Pakistani batters struggled to firm their feet against her. In the third T20, she added quick 37 runs in the score. Her performance was decent throughout the series which makes her of the players who can play a huge role for Ireland in the upcoming T20 World Cup.

If we take a look at the performances of Ireland women in all three T20, they were mostly ahead of Pakistan. In the first T20, Ireland chased down the target of 136 and lost only four wickets. The Irish women had to suffer in second T20 match because of the rain which reduced the match to 17 overs per side, allowing Laura’s women to only score 118 runs which Pakistan chased down the target before the last over.

After the defeat in the second T20, the visitors bounced back to everyone’s astonishment and displayed a spectacular performance in the series decider to register a talk-of-the-town series win against Pakistan women. The series win will give the women in light green much needed confidence before the women’s T20 World Cup.

Laura Delany expressed her feelings on the win, said,

“It’s great to have such a young side. There’s a lot of energy. The girls are fearless. Our batting was brilliant. We took the powerplay apart.”

Delany said the series win would be a massive confidence boost for the T20 World Cup campaign in South Africa in February when Pakistan will be among their group opponents.

“It’s our last T20 series ahead of the World Cup as we play Pakistan in one of our group games as well so that will give us a lot of confidence.”

Ireland women will face strong teams like India, West Indies, England, and Pakistan in the T20 World Cup. Their experience playing against Pakistan will surely help them in World Cup 2023. 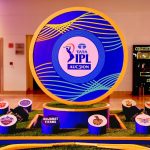 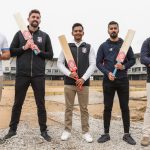