The All Important India vs Pakistan at Asia Cup 2022 | Match Preview and previous records:

The arch-rivals India and Pakistan are all set to face each other again at the 15th edition of ACC Men’s Asia Cup on Sunday. India have won the tournament seven times, meanwhile Pakistan have been crowned champions twice. The high voltage clash will take place at Dubai International Cricket Stadium. Both these sides last faced each other at the ICC T20 world cup 2021 at the same ground, where Pakistan emerged victorious by 10 wickets.

India and Pakistan have played numerous memorable matches across all formats over the years. This will be the 15th time both the sides will be meeting each other in the Asia Cup and India are far ahead of Pakistan in Asia Cup head-to-head tournament meetings as they lead 8-5, with 1 game being washed out in 1997. Overall, India also have an upper hand in the T20Is as both the sides have faced each other 9 times and India have emerged victorious on 7 occasions while Pakistan have won just 2.

Both the sides have won 4 out of their last 5 T20i game’s. Looking at this year, India have played a whopping 21 T20Is this year and have won 16 of those matches, recording a recent series win away from home against the mighty England. On the other hand, Pakistan has just played one T20I in 2022, in which they were defeated by the mighty Aussies at their home ground in Lahore.

India are currently ranked at the top spot in ICC T20I rankings, whereas Pakistan is ranked 3rd at the moment. Their rankings prove that both these sides are of great quality in the shortest format of the game and will give a tough time to each other on the field. If Pakistan beats India in the Asia Cup clash, they will climb up to the 2nd spot in the ICC T20I team rankings.

The pitch at the Dubai International Cricket Stadium is heavily expected to favour the chasing side as seen during the World Cup last year and all the IPL matches in the UAE,  The dew factor is also expected to have little effect as the conditions remain hot and humid in Dubai as even during the night, the temperatures are expected to hover around 35 °C.

Both the sides are going to be playing without their main seamers as both Shaheen Shah Afridi and Jasprit Bumrah will be missing the Asia Cup 2022 due to injuries. The Pakistani All Rounder Muhammad Wasim was also ruled out of the Asia Cup due to a back injury, with the pacer Hasan Ali added into the squad as his replacement.

The T20I player of the year Muhammad Rizwan will certainly be a key player for his side as the opener can play in any gear depending on the situation and can also play good attacking cricket. Rizwan scored 1326 runs in T20I cricket last year at an average of 73. Rizwan has played 8 T20Is in the UAE, scoring 311 runs at an average of 51 and if he continues his consistent form he can most certainly be a big threat for the Indian bowlers.

On the other hand, the Pakistan skipper Babar Azam was the 2nd highest run getter of Pakistan in T20Is in 2021 and has scored 695 runs in the UAE in T20Is, averaging 53. He is the number 1 ranked T20I batsman and has been truly consistent in getting runs for his team and remains a threat to whichever opponent he is playing against.

The vice captain of Pakistan Shadab Khan also remains a key player for his side as the All rounder has recently improved his batting quite a lot and is also an agile fielder. Shadab picked 20 wickets at an average of 19 in 2021 in T20Is for Pakistan. He will be extremely crucial with his leg spin bowling in the UAE conditions for Pakistan.

The Indian skipper Rohit Sharma and KL Rahul will be opening for India and their contributions will be crucial as KL Rahul is coming back after a break whereas Rohit on the other hand can utilize the power play well for India and if he survives for long, he can really smash bowlers all around the ground.

Virat Kohli will also be featuring in his 100th T20I, making him only the second player after Ross Taylor to play 100 international games in all three formats. He has been out of form lately, but on his day can be dangerous against any opposition. He scored a half century when the two sides met last time in Dubai at the World T20 2021. Virat was also seen working hard in the nets before the big clash, working on his power hitting ability.

Suryakumar Yadav can also be a threat for the Pakistan side as he has been in absolutely phenomenal form. He is currently ranked 2nd in the ICC T20I batsmen rankings. Yadav has scored 428 runs in T20I cricket already this year, including a heroic century.

In terms of bowling, Bhuvneshwar Kumar will be leading the Indian pace attack and remains a big threat for the Pakistani Batters. He has taken 20 wickets this year in T20I cricket at an average of 17.80 and can be a lethal weapon for India.

On the other hand, the spin attack will be led by Yuzvendra Chahal who can prove to be tricky on the UAE spinner friendly pitches.

The much awaited Indo-Pak clash will begin at 6 PM local time at Dubai International Cricket Stadium and will be the first game of Group A of Asia Cup 2022. 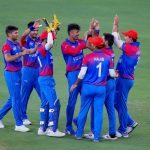 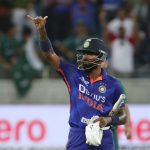