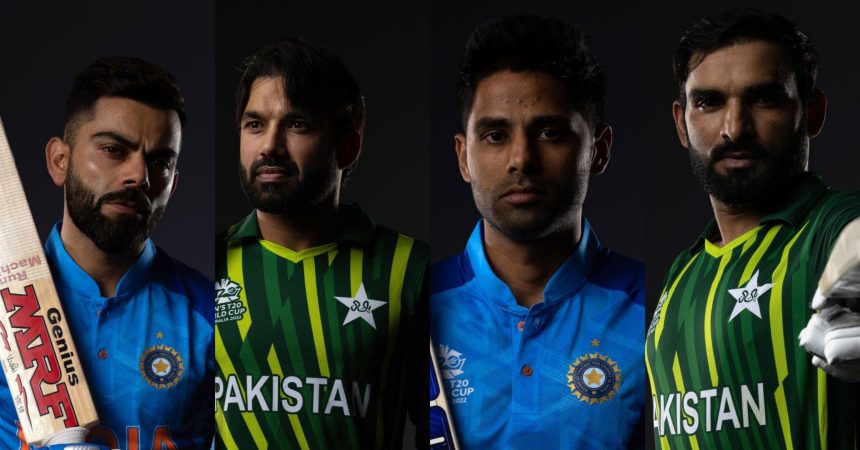 Players to Watch Out For in IndoPak clash in T20 World Cup 2022:

Both clashes between arch-rivals, Pakistan and India, in the Asia Cup this year ended in a final-over thriller. Keeping in mind the destructive form the players of both teams are in, the encounter on the 23rd of October has all the essentials of being a potential final over thriller.

Let’s see which players from both sides can come in handy for scoring quick runs under pressure if the clash between Pakistan and India in Melbourne this Sunday actually proceeds to be a thriller. The following is the list of batsmen from Pakistan and India who have been striking at the highest rate since 2021.

For Pakistan, Muhammad Rizwan has the highest strike rate in death overs. He has scored 301 runs since last year at an impressive strike rate of 202.

Fakhar Zaman comes next on the list. Fakhar Zaman has scored a total of 79 runs in the previous year at an imposing strike rate of 184, that too in death overs.

Fakhar Zaman is followed by the right-handed batsman of Pakistan, Iftikhar Ahmed. Iftikhar has plundered 108 runs in death overs in the last year. The middle order batter strikes at 177 in the death overs.

Asif Ali, who has scored 131 runs in total at a strike rate of 175 in the final overs of the match, is the last on the list.

The lethal batting lineup of India has a number of batsmen who strike at over 150 in death overs. Let’s have a look at the list:

India’s stylish batsman, Virat Kohli, follows Suryakumar in the list. The top-order batsman has scored 222 runs in death overs which have been bowled to him since 2021 while striking at a healthy 206.

Hardik Pandya is the third name on the list. The all-rounder has amassed 325 runs with a strike rate of 189 in death overs.

Last in the list is Rishabh Pant, who has scored 117 runs while striking at 175 in death overs in the last year.

Fans have crossed their fingers for a thrilling encounter between Pakistan and India. Let’s see which team will end up flying high at the Melbourne Cricket Ground on Sunday. 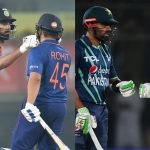 India or Pakistan? Who utilises the PowerPlay Better in T20Is?
Next Article 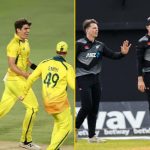