Pakistan Cricket Board has appointed two foreign coaches for two of its domestic teams for the impending premier first class tournament and the national 50-over tournament.

Nottinghamshire’s Paul Franks and Leicestershire’s Paul Nixon will be the head coaches of the Central Punjab and Sindh sides in the Quaid-e-Azam trophy and national 50-over tournament this season.

Paul Franks, who has worked as assistant coach under Peter Moores at Nottinghamshire county in England, has replaced Pakistan’s Abdul Razzaq as head of the Punjab side while Paul Nixon, a head coach with Leicestershire and England player, will be in charge of affairs for the Sindh team.

PCB Chairman Ramiz Raja has made his aims clear to have more foreign influence in domestic and junior cricket. Evidently, it is his brainchild to have foreign coaches and trainers working with the six domestic first-class teams.

Also, this could be first time that any foreign coach has been appointed to work with domestic teams in a full season.

In the first release of Pakistan Junior League which starts one month from now, the PCB has named South Africa’s Gordon Parsons, New Zealand’s Nicholas Webb, England’s Julian Wellspring, Julian Wood, and Toby Radford to work with the six teams under the PCB’s pathways development programme.

A dependable source in the PCB said all the foreign coaches working in domestic and junior teams are being paid through sponsors working with the Board.

The local coaches working with the domestic teams are also getting a good amount of money as they are paid monthly salaries of between five to six lakh rupees alongside other benefits.

The Board has energized former Test, international and first-class players to work as coaches. 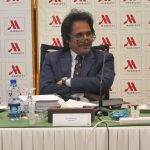 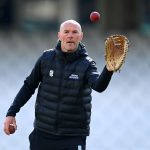 Pakistan is a great place to play cricket and who wouldn’t want the opportunity to come to Pakistan: Paul Nixon
Leave a comment Leave a comment