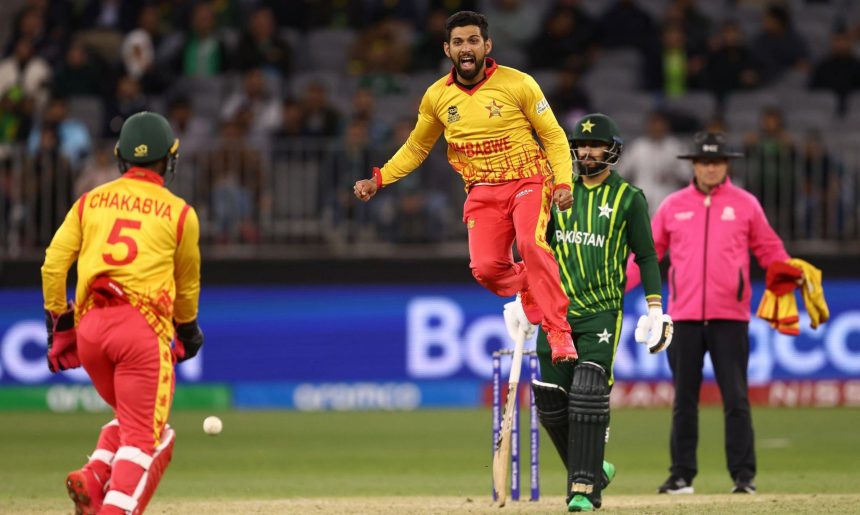 Lack of game awareness, poor mentality or whatever the reason was, the end result was that Pakistan suffered an embarrassing defeat from Zimbabwe today in the ICC World T20 2022. This is Pakistan’s 2nd straight defeat in the event and it has daunted Pakistan’s chances of qualifying for the next round. Interestingly, both matches that Pakistan played were finished on the very last ball but the result was not in their favor.

Keeping the track of Perth in view, Pakistan featured 4 pacers and 2 spinners in their lineup. They left-out Asif Ali and played Mohammad Wasim Jnr today. The bowling performance of Pakistan was satisfactory as they restricted Zimbabwe to a very low score. In their 20 overs Zimbabwe could only manage 130/8. Mohammad Wasim Jnr took 4 wickets while Shadab Khan dismissed 3 batsmen.

Pakistan’s opening pair yet again struggled in the mega event, as by the 5th over, both openers went back to the pavilion and Pakistan were 23/2. Iftikhar Ahmed was soon dismissed too, by Luke Jongwe and in the 8th over Pakistan were 36/3.

The best partnership of the innings was between Shan Masood and Shadab Khan (52 runs), but poor game awareness of Shadab Khan resulted in the fall of this partnership. After being 88/4, Pakistan never recovered again. Haider Ali got out for a duck, Shan Masood’s long stay at the crease was ended and even Mohammad Nawaz found it tough to get his timing right.

With 3 runs needed of the final ball, Shaheen Shah Afridi only managed a run and got run out while attempting a 2nd run. Zimbabwe stole the win by 1 run. Sikandar Raza Butt was awarded Man of the Match for picking up 3 wickets by giving away 25 runs.

This is indeed a wakeup call for Pakistan now, as they have lost 2/2 matches. They have a game left against Netherlands, South Africa and Bangladesh each. South Africa is in fine form, while Bangladesh cannot be taken lightly either. The chances for Pakistan going into the semi-finals are quite low, and they have to rely heavily on other team’s results to be in their favor. 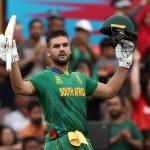 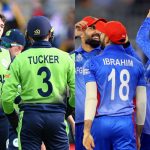