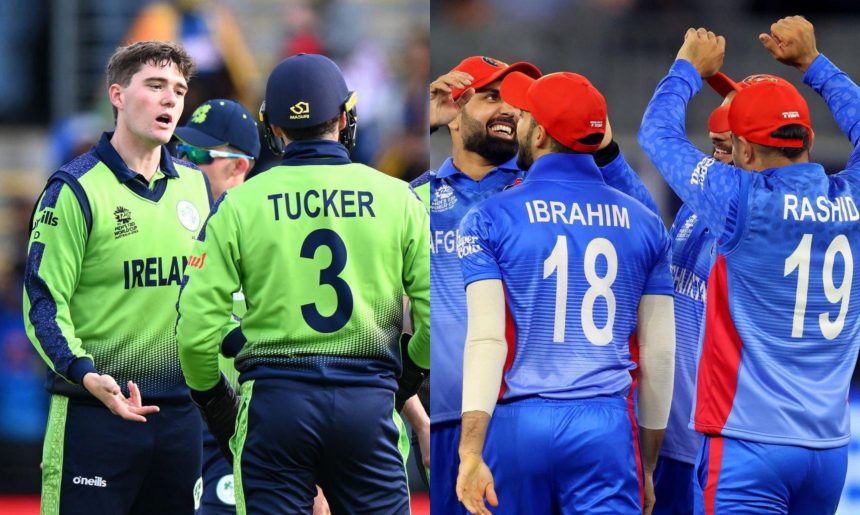 Contents
HEAD TO HEAD:WEATHER AND PITCH REPORT: PLAYING XI (PROBABLE):PREDICTION: WHERE TO WATCH:

Afghanistan and Ireland team will walk down the Melbourne Cricket Ground on 28th October to play the 25th match of the ongoing ICC tournament. The Irish storm has, so far, caused two major upsets in the tournament.

The first one was during the group stage matches when they defeated West Indies, the only country with two T20 World cups in their cabinet, by whopping 9 wickets. The second wreck by the Balbirnie-led men was even more unexpected. Their 5 runs victory over their neighbours, the England team, has established the notion among the cricketing world that the game of cricket is no more divided into traditional favourites and minnows. This being their 3rd victory in the tournament as yet has not only elevated their spirits but has helped the other associates dream of what, hitherto, was deemed impossible.

The tournament has not been as kind for Afghanistan as it has been for their opponent of the next match. Afghanistan has faced an unfateful defeat at the hands of the English team followed by their next match being called off due to rain. Luckily enough, the NRR of the Nabi-led men is higher than both Ireland and Australia but with only 1 point next to their name they cannot but to sit at the bottom of the table. Afghanistan must necessarily bag this victory to increase their chances of staying in the race to knockout round.

Ireland and Afghanistan have encountered each 23 times in T20Is. Out of these 23 matches, Afghanistan has won 16 matches while the Irish came out as triumphant in 7 matches.

According to the Bureau of Meteorology, Melbourne has 90% chance of precipitation on Friday, with the expectations of receiving around 3 to 8mm rain. The sky will remain covered with clouds and winds, especially, during the morning will be expected. A washout or rain-truncated match is highly possible on Friday.

The Melbourne Cricket Ground, known for its big-sized boundaries and bounce, is a place where pacers love to bowl. In the last two matches which were played here, the Pakistan vs India clash and Ireland vs England match, pacers were seen dominating with swing, bounce and sharp movements the surface of the pitch was providing. If the G receives rain on friday, the chances of which are very high, the outfield can further render the assistance to the bowlers.

As for the batters, hitting maximums and fours at the MCG is slightly less probable than at most of the other venues down under. However, couples and triples can keep the score raising swiftly. The bounce here can help batters as well. Spinners will be the main target of the batters but the batsmen need to be vigilant when facing them so as not to get trapped while hitting them for boundaries.

Also, very quick deliveries by the pacers can be timed perfectly by batters to conveniently hit the ball to collide with the boundary line.

The Irish team will, ofcourse, hope to carry their momentum forward to next encounters as well. With their bowling unit and strong top and middle order, they can triumph over the Nabi-led men.

Nevertheless, the Balbirnie-led boys will have to bear the burden if they dont get rid of Afghan openers early in the game.

Rashid Khan, Fazalhaq Farooqi and Mujeeb Ur Rahman will remain ticking time bombs for the Irish as well. This gives the Afghanistan team an upper hand over the in-form Ireland. 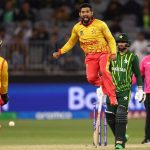