England in Pakistan After 17 years : All the important details you need to know

England cricket team are set to play in Pakistan after a long wait of 17 years. This is England’s first tour to Pakistan since 2005, the visitors were due to visit Pakistan before the World T20 Cup in UAE last year for a brief tour of 2 T20 matches, but that tour was cancelled after New Zealand Cricket Team left Pakistan due to security concerns on the day the historic series between Pakistan and New Zealand was due to start.

The English squad has now returned to Pakistan following a successful tour by the Australian Cricket team earlier this year. Firstly, the visitors will play the seven-match T20I series against the hosts, after which they will return again for a test series following the conclusion of the mega event World T20 Cup in Australia.

In this article, you will find everything that you need to know regarding this historic series including full squads, broadcast details, commentators, venues etc.

The series will have a total of seven games with some games also being played across two weeks with some back to back games as well. Below is the full series schedule.

The live action from the stadium would be seen across the globe on different channels and mediums, and below are the broadcasters details for this upcoming series.

Both the sides have balanced squads, and they will both be looking to test all their players in trying to find the right combinations ahead of the World T20 Cup in Australia. Below are the full squads for both the sides. 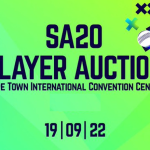 Some shocking news from the SA20 league auction
Next Article 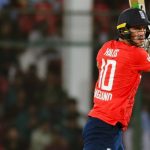