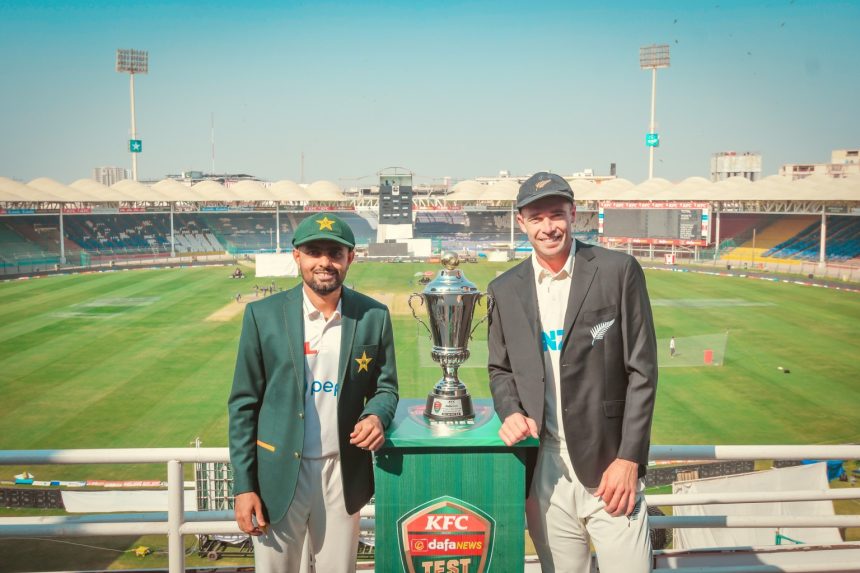 Both teams in search of a win as Pakistan vs New Zealand Test Series begins:

After a disgraceful and historic series defeat against England just a week ago, Babar’s men will again don their white jersey to take on the visiting side, New Zealand on Boxing Day at the National Bank Cricket Arena, Karachi.

The defeat against England saw major changes in the Pakistan Cricket governing body, PCB. From the seat of Chairman to selection committee, new but old faces were introduced to run the affairs, though only temporarily. Although Pakistan has nearly non-existent chances to make it to the World Test Championship final, this series can help the green team restore what they lost earlier at the same venue. Babar Azam, whose record so far as a captain in Tests has been lamentable as the side led by him is yet to win a Test match in home conditions this year, will definitely grab the chance with both hands to take advantage of the Kiwis once again to wash the stains off his clothes. With some new inclusions in the team like Hasan Ali, Sajid Khan, Kamran Ghulam and Mir Hamza one can expect the team to bounce back at their favorite stadium.

New Zealand, like Pakistan, are not having a great year in whites as well. At the same time, New Zealand, unlike Pakistan, are not facing uncertain conditions on and off the field. Tim Southee will lead the side instead of Kane Williamson and the match against Pakistan will be his first assignment as a captain. However, he too, like Babar Azam has to tend to the wounds inflicted upon his team by the Bazball-powered English team. After England trounced them to announce the birth of their new approach, the Kiwis will be playing in white uniform for the first time. To get assistance from Karachi’s pitch, the Southee-led team brought spinners like Ajaz Patel and Ish Sodhi as well but whether they can end the year on a high note, unlike the way they started it with a defeat from Bangladesh, remains yet to be seen.

Weather in Karachi will remain mostly sunny throughout the course of 5 days and clear of fog unlike Lahore and Multan. The sun sets around 6pm, so a day’s play can be completed easily before light becomes too bad to play. In the 3rd Test match between Pakistan and England, which was staged at the same venue, stumps were called around 5:30pm.

Pitch of Karachi, like all the pitches in sub-continental conditions, will help spinners a lot. Although the pitch is usually dry and without grass, it will take some time to become cracky. Once the pitch is cracked, spinners can roll their arms to wreak havoc. Until then, batters will extract assistance from the deck. All in all, the conditions will favor both batters and bowlers equally which can help the Test match to remain interesting and evenly poised till the end. Reverse swing will make its appearance, obviously, with the old ball or in the later stages of the match.

Match will begin at 10 am according to Pakistan Standard Time.

The match can be live streamed using Tamasha app and AryZap app. 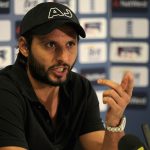 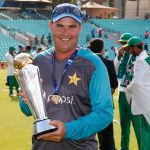