An Analysis of Khushdil Shah’s T20I Career | Innings by Innings:

Following his great batting efforts in the PSL 7 and domestic competitions, Khushdil Shah emerged as a promising power hitter. However, he appears to be lost on the international scene. The 27-year-old finisher has come under heavy fire for his failure to get up speed in the death overs. We examine his T20 development from being the top finisher on the home circuit to an international liability.

Khushdil Shah typically enters the batting order near the bottom of the order, when he is anticipated to hit back-to-back boundaries to raise the score or chase down the target at a very high run rate. His most recent efforts, however, have demonstrated that he is not a powerful hitter.

In 23 T20I games he participated in, the 27-year-old was a lost ball in the tall weeds, scoring only 282 runs at an average of 20.1 runs per game. While a power hitter’s average may not matter in the short form of the game, his strike rate is what counts.

The total strike rate for Khushdil Shah is a meager 111, which is rather low given the competitive nature of the game, especially for a finisher. Power hitters, as the saying goes, can’t really afford to breathe on the crease.

Khushdil Shah was unquestionably the strongest power batter in the Pakistan Super League’s most recent season, scoring at a strike rate of 182.14, but his international exploits have fallen short of expectations. Only twice in his career he has scored at a strike rate of more than 200, against Zimbabwe for 36 runs at 240 and Hong Kong for 35 runs at 233. Going into the T20 World Cup, Pakistan should be concerned that he has only smashed massive sixes against Zimbabwe and Hong Kong.

Khushdil Shah is not even close to the level of the other teams’ power hitters, if we compare them. Liam Livingstone, Tim David, Hardik Pandya, David Miller, Nicholas Pooran, and James Neesham are just a few of the players who have proven themselves on a big stage. Unfortunately, Pakistan will need to consider alternative choices if they want to score a lot of runs to chase high totals in Australia. 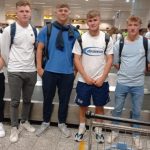 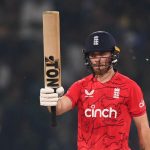