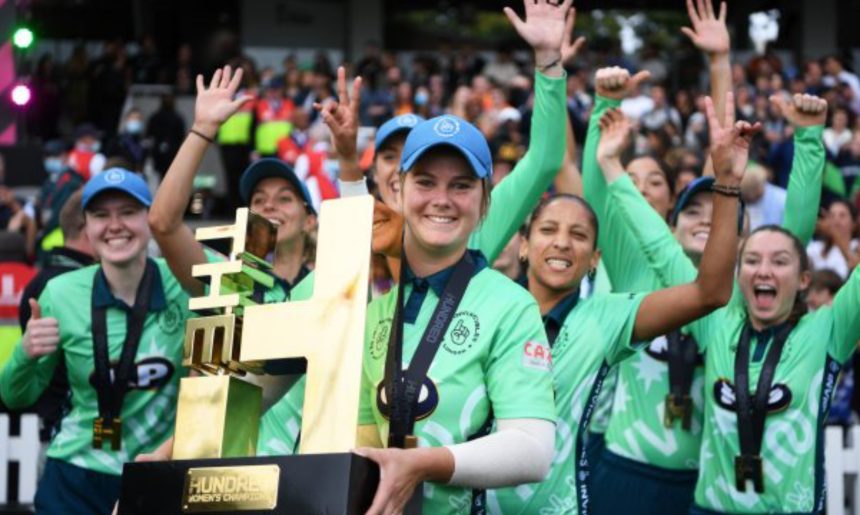 A new selection process is introduced for the Hundred Women’s:

The Hundred, which is the first of its kind 100-ball cricket tournament, introduced by England and Wales Cricket Board in 2021, announces change in recruitment process for women’s teams which will be applied from its next edition.

The 8 team tournament will see a three phase selection process being introduced in 2023 including Retention phase, The Draft and Open Market phase. The women’s Hundred head, Beth Barrett-Wild while talking about the change in the process said, “The impact of The Hundred on the women’s game after just two editions of the competition has been enormous, generating unprecedented levels of visibility, making household names of our brilliant female players, and driving performance standards.”

She further added, “The inclusion of a draft going into year three builds on all of this. It demonstrates progress off the field, and also acts to support all eight teams in creating evenly balanced squads on the field, with the aim of delivering the most exciting contest yet for fans to enjoy.”

There are 7 Salary bands, from A to G. 2 players in each band from A to F have to be selected while the last band, G salary band can have 3 players.

This brings the total of team players to 15. Let us delve deeper into these phases and understand how each stage will select players.

The first stage will be marked by the opening of Retention Window in the start of December which will run till the mid of January. The retention window will allow all 8 teams to retain a maximum of 4 players from squads of previous years. One thing must be kept in mind while retaining players that a total of 3 marquee players – either English centrally contracted players or overseas players – will be allowed to be retained.

The players will, ofcourse, have a choice to reject the retention or negotiate on the Salary bands. The teams can go into the next phase without retaining even a single player.Another important thing to note here is that the players in the first stage must be retained in any of the salary bands from A to D. No player can be retained in lower bands.

Drafts have made leagues all over the world very interesting and this time it’s all set to excite the Hundred’s fans as well. The teams will be allowed to pick the players who have signed up in turns. The players, before the drafts, will be advised to get themselves registered at the lowest Salary band they can accept. Out of the eight teams, the one which stood last in the latest edition will get to have the first pick and similarly rest of the teams will follow based on their positions in the 2022 edition of women’s Hundred.

The teams have to make sure they have an eight-player team by the end of drafts. Most probably the draft for the upcoming edition of the 100-ball league will be staged in March.

Another interesting but complex thing in the drafts is the ‘Right to Match’ option. Each team gets one Right to Match option using which they can stop a player who has been with them in the last edition to be roped in by another team. However, the selectors ought to keep in mind to not buy the players in a salary band less than what the other team was offering.

The seven vacant spots will be filled during the Open Market phase from March 2023 to June 2023. The teams will have to select 7 players in salary bands F to G in an open market basis where the teams will offer contracts to the players to rope them in.

By June, a 8 teams will have 15-player squad ready at their disposal to compete in the tournament which is set to be scheduled in August 2023.

Cricket at the Olympics? What is the Latest Development?
Next Article