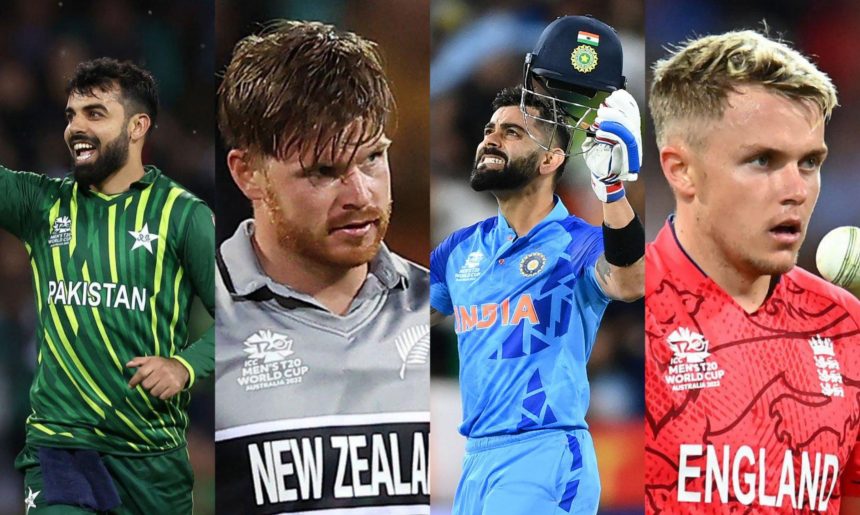 Contents
The Elites of the game continue their voyage to glory:PAKISTAN:NEW ZEALAND:INDIA:ENGLAND:SEMI-FINALS:

The Elites of the game continue their voyage to glory:

The triple-header on Sunday took cricket fans and analysts on a rollercoaster ride. The day began with another upset when Netherlands defeated the dynamic team of South Africa to strangle their last hopes of reaching the semi-finals. This eventful encounter turned the match between Pakistan and Bangladesh into a virtual quarter-final, eventually knocking the Bangladesh team out of the tournament after Pakistan bested the game by 5 wickets. The end of the first two of three games which were set to be played on Sunday saw both Asian giants, Pakistan and India, confirming their Semi-final berths.

So far, the World cup has not seen a single dull match. Each day a new thriller had the world come to the edge of their seats, bite their nails while seeing the most unexpected events unfolding. For the teams who have reached the playoffs, this journey has been nothing short of a very tumultuous ride. Let us reminisce the journey of the big boys throughout the mega event:

Cornered tigers, underdogs, dark horses, the unpredictables – you name this team whatever you want but each time they will find a new way to strike the world dumb. Just a week ago, their chances of even staying in the tournament were exiguous. However, the Shaheens bounced back in a way which is characteristic only of a team like Pakistan, if there is one like them.The T20 World cup journey of Babar Azam’s men started with a final-ball defeat at the hands of their arch-rivals India in their World cup opener which brought along with it doubts, pain and even hopelessness for both the Pakistani players and fans. This defeat was amplified several times after the Chevrons, too, handed Pakistan a disgraceful trounce, which was of the sort, teams have a hard time forgetting. Situation by this time became very difficult for the already crestfallen Babar-led men and no one with a realistic approach towards the game could even picture Pakistan making it to the semi-finals.

Things changed their tide a little for Pakistan when they came out as victors in their outing against Netherlands. Even after they took the South African team to cleaners in their next game, their chances of galloping to the next round were very grave.

Funny game cricket is and even funnier is the way every team in this tournament has played it. Those who did not witness Netherlands outclassing the Proteas in one of the games on Sunday, surely, will never be able to comprehend as to how the above mentioned statement is true. This upset will surely hurt the Proteas for a long time. The same, though, can not be said for Pakistan, who were handed a new life with this defeat. This time, howbeit, the Pakistan team grasped the chance with both hands and booked a ticket for themselves at the SCG to play the semi-final.

The Pakistan team will play against the high-flying team of the first group, New Zealand on Wednesday at the Sydney Cricket Ground.

The 89-run win of the Kiwis against their Trans-Tasman rivals, Australia, came as the first crack in the walls of Australian T20 World cup defence. This victory was what eventually saw the Aussies out of the tournament. For the black caps, the victory brought along with it a sky-touching Net Run Rate and made sure they stayed at the top of table throughout the tournament. The victory was followed by a washout much to the Williamson-led men’s frustration. This frustration was vented out in their next game against Sri Lanka where they got the better of the Islanders by 65 runs. Winning and winning big by this time became a second nature to the men in black.

The label of being the unbeaten team by that point was stripped off of the Kiwis mercilessly by the English team’s 20 run win in their next outing. It now became a matter of life and death for the team who lived next door to thrash Ireland in their last match and so they did. By doing so, the black caps became the first team to reach the Semi-finals, got their feet up and waited for others to join them.

What better start to their World cup campaign could the Indian team and the nation as a whole, have asked for than the dreamy victory over Pakistan at the jam-packed Melbourne Cricket Ground amidst the cacophony of noise, chants, slogans and what not. The 90,000 spectators at the G witnessed both archnemeses play against each other to take the match down the wire. Emotions, thrill, drama, chaos and nerves remained the part of the match throughout and eventually in the middle of all this the Indian team was seen triumphing over their neighbours and rivals on the last ball. This start was what India needed after their not very impressive Asia Cup campaign. There was no looking back now. Rohit Sharma’s men thrashed their opponents in all of their next matches as well but were hindered midway by the then unbeaten Proteas who handed them their first defeat of the tournament.

This defeat, owing to the leeway provided by the brilliant performances of the Indian team by that time in the tournament, did not hurt their prospects much. However, their last outing against the Chevrons became a win-or-die match which eventually was bested by Rohit-led men as well.

The Indian team was the first one to reach the semi-finals from the second group. They will be locking horns with the English team on Thursday at the Adelaide Oval.

Jos Buttler’s men started the World cup as favourites. However, being in the same group with teams like the hosts Australia, New Zealand and Sri Lanka, the prospects of them reaching the next round of the event remained blurry till the last minute.

The English team started their World cup journey with a narrow win against Afghanistan. The win although fetched them points but the heroics they were in need of to match their NRR to the Kiwis’ did not show up. Then came what the English team least expected. The Irish team decided to make history and made their neighbours bite the dust by beating them by 5 runs. The defeat came as a huge blow for the English team, for whom nothing seemed to be going their way. The positive news was that things, although very alarming by this time, were still under control to some extent. The negative news was that this humiliating upset played havoc with the momentum the team was looking forward to carrying.

The series of unfortunate events for Buttler’s men did not end here. Adding further to their dismay, an undesirable and ill-timed washout against their cricketing rivals, Australia, further crippled their dreams of ending as one of the top two in the group. Keeping all the possibilities in mind, all the team could do was to beat the Afghanistan team in their final match and pray for the Australian NRR to not rise above the zero point. As history will write it down, everything happened the way England imagined, thus, helping them secure a place in the play-offs alongside New Zealand.

Second semi final: England vs India at the Adelaide Oval on Thursday. 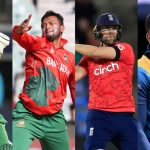 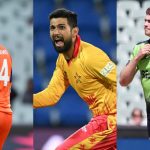