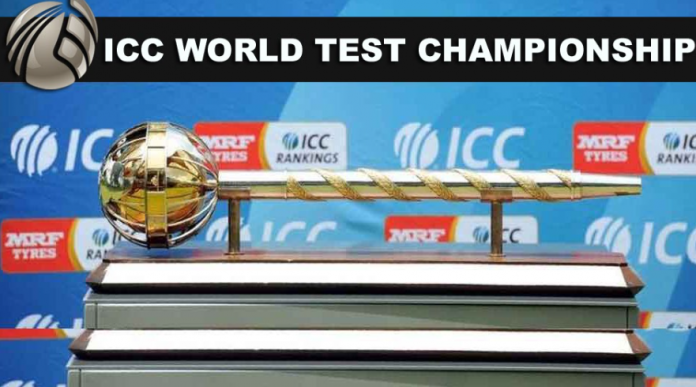 Australia dented South Africa’s hopes of reaching the World Test Championship final with a resounding series win against them. After a convincing 2-0 win in a three-Test match series against the Dean Elgar-led proteas side, Australia moved closer to the WTC final. Heading into the final three series, here is how teams are positioned in WTC 2021-2023 cycle.

Despite dropping three points after a draw in Sydney against South Africa, Australia is still on the top with 75.56 PCT and is all set to reach the final clash. Australia’s only series left in this WTC cycle is against India in India, which is their most challenging series. Pat Cummins-led Australian side will travel to India with the hope of at least winning one Test to qualify for the WTC final.

Australia has almost secured their place in the WTC final. They’ll only miss out if they lose 4-0 to India and Srilanka manages to beat former finalists New Zealand 2-0 away from home. If Australia loses 4-0, their points will drop to 59.65, and a whitewash in New Zealand will take Sri Lanka up to 61.11 points. Despite losing 4-0, Australia will qualify if the Lankan Lions fail to win the series 2-0 against New Zealand. If Sri Lanka wins the series against the Kiwis by a margin of 1-0, their points will rise to 55.56, below Australia’s.

Australia must ensure they don’t provide any penalty points to avoid dependency on other teams. If they draw one Test and lose the series against India 3-0 and don’t give any penalty points, they’ll still reach the final of the WTC.

What do India need to reach the WTC final?

After a thrilling win in the second Test against Bangladesh, India’s chances of reaching two consecutive WTC finals increased. India is currently at no.2 in the WTC point table with 58.93 PCT.

India needs to win their last series against the table-topper Australian side at home by 3-1 or better to qualify for another WTC final, regardless of other results.

If India ends the series 2-2 and Sri Lanka win 2-0 in New Zealand, they’ll slip outside the top two positions with 56.94 PCT, below Sri Lanka.

Srilanka, with a chance to play the WTC final

After a series against Pakistan in the summer of 2022, which ended in a draw, Sri Lanka hasn’t played any red-ball match for five months, but they still have a chance of reaching the WTC final. Sri Lanka is at no.3 on the points table with 53.33 PCT. For qualification, they not only have to win their remaining matches but also want India to either win 4-0 against Australia, for the series to end in a draw or for Australia to win the series so they can finish above India.

The rain-effected draw in Sydney kept South Africa’s hopes of reaching a WTC final. They’re at no.4 in the WTC points table with 48.72 PCT and can go up to 55.56 PCT if they whitewash the west Indies side at home in their upcoming series.

To qualify for the WTC final, they want Sri Lanka to only get one win in New Zealand or worse and India to get fewer than 21 points.

England, with 46.97 PCT, is positioned at no.5 and is the only team outside the top four with a maximum chance of reaching the WTC final. They want India and Sri Lanka to lose all their remaining matches and South Africa to get no more than two draws against West Indies.

West Indies, with 40.91 PCT, is currently sitting at no.6 in the points table. A 2-0 against proteas away from home, will take them up to 50 points. They, then, will want Sri Lanka to get fewer than eight points against New Zealand and India to achieve fewer than 10.

The remaining three, Pakistan, New Zealand, and Bangladesh are currently at positions 7, 8, and 9 in the points table respectively, and mathematically they’re out of WTC final race. 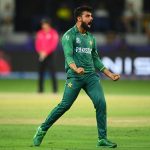 Shadab Khan hits back at critique in style
Next Article 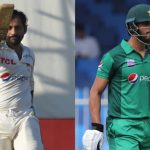