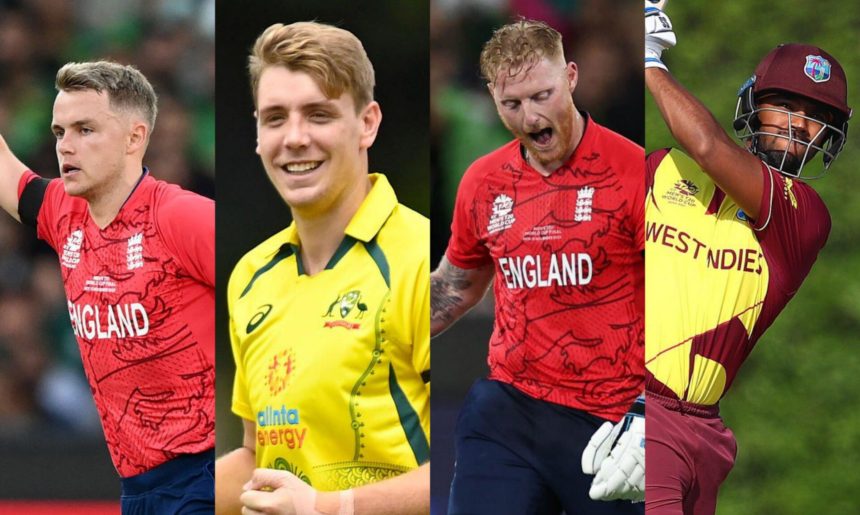 Records made in Kochi as many players get Record bids:

The auction of IPL 2023 has been nothing short of a nail-biting show at Grand Hyatt Hotel in Kochi, Kerala. All 10 teams did their best to outbid others in order to rope in their desired players. Some had to surrender because of their constrained purse amount while others gave away everything they had to get who they wanted to play for their team.

As was expected, English players were the most sought-after players. This can be proven by knowing that 3 out of top 5 buys of the day were English players. Apart from them, an Australian and a Trinidadian player struck big gold in the auction as well. Let us see the list of those players for who franchise owner had to break the banks:

What a year is the young English all-rounder having! With the player of the final and player of the tournament in the recent T20 World cup awards still in his bag, the 24 year old toppled the IPL record books by securing an INR 18.5 crore deal becoming the most expensive sold player in the history of the league. He even cut past the most expensive retentions of the year including Virat Kohli and K L Rahul.

After a tight bidding war with Mumbai Indians who were in the game till Punjab Kings announced their last bid of INR 18.5 crore and made Hugh Edmeades strike his brass gavel. It will not be the first time for Curran with PBKS, as he was introduced to the league in 2019 by the same franchise after winning him for INR 7.2 crore.

What makes the English cricketer so attractive is his all-round skills. He can bowl efficiently and is a beast with the bowl as well. In Asian conditions he has a decent batting average of 25 and an impressive strike rate of 156.25. His batting against spin has become better notably. In the T20 World cup this year, the English all-rounder ended as the second highest wicket-taker.

The Australian cricketer made quick bucks in the IPL auction by ending as the second most expensive pick of both the day as well as IPL’s history. Green bagged a whopping INR 17.5 crore to join the most successful team of the IPL, Mumbai Indians. This bid made him the most expensive IPL player among his country fellows.

Talking about his performance, the 23 year old is incredible with the bat as his performance in the Indian tour earlier this year fully agrees. With a batting average of nearly 40 and Strike rate of 214.54 at opening positions during the three T20I match India vs Australia series in September, the budding batter definitely grabbed the eyeballs of the owners in IPL.

The Aussie all-rounder overwhelmed with his selection said,

“I’m pinching myself that this has all happened. It’s such a weird feeling watching an auction for yourself. I can’t believe how nervous I was, and I was shaking like anything when the final call was confirmed. I’ve always been a huge fan of the IPL and it’s going to be so cool to be a part of it. The Mumbai Indians are one of the powerhouses of the competition, so I feel very humbled to be joining them. I can’t wait to get there next year.”

MS Dhoni announced his plans of retiring from IPL after the upcoming season, so it was only fitting for Chennai Super Kings to rope in a potential captain candidate which they did. Although they had to spend a large amount of their purse (nearly 79% on Stokes only; INR 16.25 crores out of INR 20.45 purse) to get Ben Stokes, the pick in no way will not be lucrative for them because of the captaincy skills and experience the English all-rounder carries. With this, the English Test captain became the third most expensive IPL player to be sold in an Auction, after Sam Curran and Cameron Green. England’s near unbeaten record in Tests under Stoke’s captaincy tells how immaculate his leadership is. His batting technique needs no figures or stats to prove its worth neither does his bowling.

Royal Challengers Bangalore and Rajasthan Royals also tried their luck with Ben Stokes but Chennai outbid them after spending majority of their purse on the Englishman.

The Trinidadian Wicket-keeper batter, Nicholas Pooran bagged more than INR 10 crore again this year, after previous year’s INR 10.25 crore deal which got him to the top of the list of most expensive West Indian players in IPL. Lucknow Super Giants had to pay a ginormous INR 16 crore to bring him to their team.

Pooran, although, could not help his team add feathers to their cap in the recent T20 Worldcup and had to face an early eviction from the marquee event, his adroit batting skills have always been on point. In addition to his role as a wicket-keeper, the West Indian as a finisher will come in handy for Lucknow Super Giants. In the recent T10 tournament in Abu Dhabi, the stumping batter was awarded with the player of the tournament title after he scored 345 runs at an average of near 50 and a fiery strike rate of 234.69.