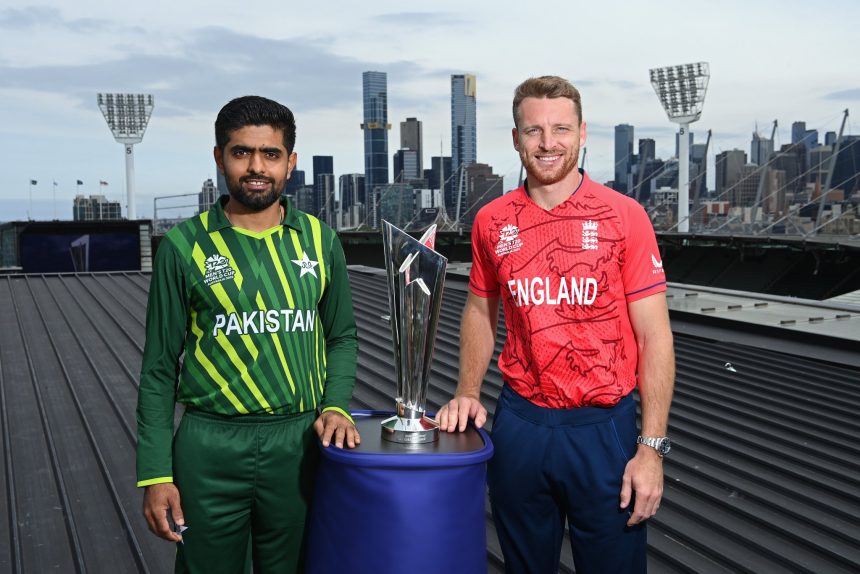 The event is taking its last breaths, the faces of fans glowing with excitement and the trophy more impatient than ever to be moved to a new home. The journey of both captains of England and Pakistan will end at the historic Melbourne Cricket Ground on Sunday, but the one who will lift the trophy will start a legacy which will remain to narrate this epic to the generations to come.

On Sunday, both teams will walk towards the field amidst the roaring crowd to lock horns with each other and to see who remains to take the trophy home, who remains to rule the World.

England, the red-hot England, has shattered the notions of uncertainty in the minds of people about their capability by the mammoth 10-wicket victory over India at the Adelaide Oval on Thursday. Alex Hales, after staying out of the team for almost 3 years followed by his consistent failure to establish a strong opening stand with the other opener, has delivered when it was required the most, against India in the semi-final. Helping him, his Skipper Jos Buttler thrashed the India bowlers as well and showed how very efficiently he is carrying the legacy of Eoin Morgan both as a player and as a captain. As for the injured English players, Mark Wood and Dawid Malan, both are taking their struggles to the hilt to prove their fitness to the medics, management and the Skipper. However, the English Coach Mathew Mott, does not look too impressed as he deems it a ‘risk’ to take injured players along to the grand arena.

The journey of Pakistan towards the finals has been everything but realistic and so it shocked the world to see Babar and co. reaching the last step of the tournament. Against the Kiwis in the semi-finals, the men in green were unparalleled in fielding, batting and as usual bowling. The return to form of the Pakistan’s Apex Predator, Babar Azam, surely tolled the bells of danger for the Kiwis in the semi-final and is doing so for the English before the final.

The Shaheen’s bowling attack was never under a shadow of doubt, from spinners to pacers, their lineup is full of world-class bowlers. The cornered tigers of Babar Azam will need to continue their form and carry their momentum from the semi-final to take the trophy home.

Both teams have met each other in 28 T20I matches so far. The English dominate with 18 wins in their bag while Pakistan lag behind with 9. 1 match ended with no result.

The recently concluded bilateral series between both of the said nations in Pakistan was also bested by Buttler’s men by 4-3.

As of now, the skies above the MCG are covered in thick clouds which are expected to burst on Sunday. According to the Bureau of Meteorology, there is a 100% chance of rain on both Sunday and Monday, the reserve day. The expected rainfall is around 10-20mm. The event management is trying their best to make sure both sides get to play at least 10 overs (minimum overs to constitute a knockout match).

In case, rain curtails the overs, a shortened match can be divided between both days, which is Sunday and Monday, in case the play gets interrupted again. In this scenario, the match will resume on the next day from the point where it was halted. In case of a washout, both teams will share the trophy.

The pitch of Melbourne had grass on it when Pakistan and India played here on 23rd October. This was an astonishing sight as the MCG pitch is known to help batters owing to its unstoppably quick outfield. The grass on the pitch is not what batsmen want, especially, during the initial stages of matches, when it becomes difficult to keep the bounce in check as well as deal with the woes of the green devil on the ground. Luckily, the grass is not as much and as green as it was on the day of Pakistan and India clash. A total around 150-160 can be expected on a pitch like this.

The boundary size of straight boundaries is smaller than the square boundaries. Spinners can get help as well but if the outfield is wet, pacers will be a captain’s prime choice.

As the rain is on cards, running between wickets and hitting for boundaries can become slightly difficult. Air-borne shots however will remain unaffected and hitting them towards straight boundaries will be easier.

The pacers will, obviously, get the bounce off the surface especially with the new ball. A couple of strikes during the powerplay will not be too difficult. 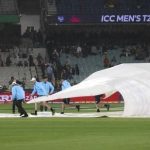 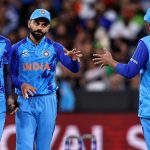