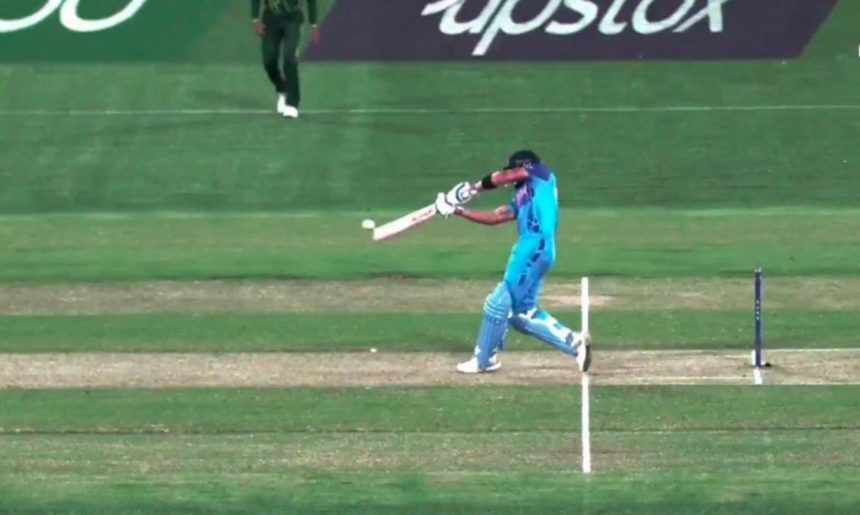 Drama, Emotion and Controversy as India win against Pakistan:

The stage was set for the most anticipated contest between the arch rivals, India and Pakistan. Rohit Sharma was the lucky captain at the toss. He won the toss and elected to bowl first.

The most reliable duo Babar and Rizwan came onto the crease with high hopes, but the Indian pacers and their swing made things difficult for them. Arshdeep got the most important wicket for his team when Babar Azam was dismissed for a golden duck; he requested a review, but the ball clearly hit the stumps.

Iftikhar and Shan made a crucial partnership of 76 runs on 50 balls, but the highlight of this partnership was Iftikhar’s 3 huge sixes against Axar Patel in one over.

Shami got an important breakthrough for his team and broke this solid partnership between Shan and Iftikhar.Hardik Pandya played an important role as the spinners were not doing well. He came to bowl and got 3 wickets. He also got Haider Shadab and Nawaz out for his brilliant deliveries.

Shaheen Afridi played a wonderful cameo. He smashed Arshdeep Singh in his last over, scoring 16 runs on eight balls with one six and one four, Bhuvneshwar Kumar got his wicket in the last over.

In the last over, Pakistan managed to score 8 runs with the help of a glorious six by Haris Rauf.

The target was 160 for Team India, and the Pakistani Pacers were expected to defend this total at the MCG, as they rarely disappoint.

Arshdeep Singh was phenomenal with the new ball and he got 3 wickets and gave 32 runs in 4 overs. Hardik Pandya also played an important role when the spinners were not doing well. He came to bowl, gave away 30 runs in 4 overs, and got 3 crucial wickets of Pakistani batters.

The innings played by Iftikhar Ahmed today was the best one. He made 51 runs on 34 balls with 4 huge sixes and 2 fours, a strike rate of 150 while Shan Masood carried the innings and scored 52* runs on 42 balls.

Indian Captain Rohit Sharma and KL Rahul opened the innings for India Shaheen bowled the first over quite well but didn’t take a wicket in his first over like he usually does. This time, young Naseem Shah got the wicket of KL Rahul in his first over and India were 7/1.Captain Babar Azam made a smart move and brought Haris Rauf in for the third over. His plan worked as Rohit Sharma walked towards the pavilion after being caught at slips. India were 10/2.

Haris Rauf got another wicket, and this time it was of the Danger Man, Suryakumar Yadav who departed as Rizwan took a good catch behind the stumps. Team India’s powerplay score was 31/3.

Babar Azam inflicted a wonderful runout and Axar Patel was the 4th wicket to fall.Hardik Pandya and Virat Kohli put up a very good partnership and brought India back into the game.

Shaheen’s last over was pretty expensive for Pakistan, and it was a turning point in the match. Haris came to bowl the 19th over, but Virat Kohli smashed 2 sixes in his last 2 balls and released the pressure on India.

Nawaz came to defend the 16 runs in the last over and got the wicket of Hardik Pandya. Dinesh Karthik was the next batsman and took the single, putting Virat on Strike. Kohli smashed a six and that was called a no ball. Babar was not happy with this decision and the next delivery was wide. Nawaz was under pressure after so much drama in the last over. The drama didn’t end here. Dinesh Karthik was dismissed, but Ashwin hit the winning shot.

It was a great game of cricket. It was an absolutely classy innings from Virat Kohli. Virat Kohli was the top performer scoring 82* runs on 53 balls with 6 fours and 4 sixes. 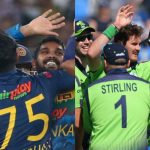 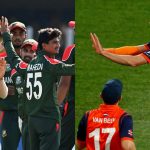 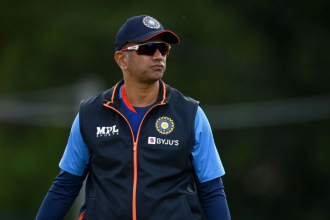 Will Rahul Dravid Remain the Head Coach? Latest Update on his Status