The statement released by Cricket Australia (CA) on Thursday, which announced that the Australian team will not travel to the United Arab Emirates to play against Afghanistan in March, was met with strong disapprobation by the Afghanistan Cricket Board (ACB). The ACB termed the decision to scrap the three match ODI series as ‘pathetic’ and threatened to write to the International Cricket Council.

CA’s chief Executive Nick Hockley, however, was unperturbed by the ACB’s reaction. Hockley said in response to the Afghan Board’s condemnation that the decision of pulling out of the series was not taken immediately.

“It is clearly a very challenging and sad situation. We did not take this decision lightly and consulted widely including with our government. We were hopeful of playing the series and have been in regular dialogue with the Afghanistan Cricket Board.”

The chief of the Board further said that the decision was taken after the Taliban violated Human rights and it has nothing to do with politics.

“However announcements by the Taliban in late November and late December signalling the deterioration of basic human rights for women in Afghanistan led to our decision to withdraw from these games. Basic human rights is not politics.”

Nick, while praising Afghanistan players’ vocal support for the women of their country after the ban was laid, said that players like Rashid Khan, Naveen ul Haq, who tweeted expressing their disappointment at the decision, are always welcome in the BBL.

“We acknowledge and applaud Rashid Khan’s and other Afghanistan cricketers’ comments at the time condemning the Taliban’s decision to ban women from universities. Rashid will always be welcome in the BBL.” 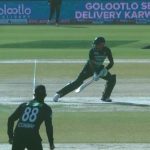 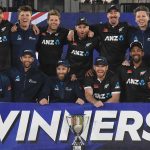