A rewarding opportunity to play against top teams at stake as the Asia Cup Qualifiers begin:

The opportunity to play against world-class side’s of India and Pakistan is up for grab for the team which will come out on top in the Asia Cup Qualifiers in Oman beginning today.

Hong Kong, Kuwait, Singapore and the United Arab Emirates will battle it out in the four-team round-robin style tournament, with the winning country earning a spot in Group A at the main round of Asia Cup.

The stakes are high for all four sides during the five-day tournament in Oman, as the winner will play games against India on 31st August and Pakistan on 2nd September.

United Arab Emirates remain the favourites to win the qualifiers as they are the highest ranked T20I team in the qualifiers, currently placed 12th in the rankings, however the other teams will also come in with full preparations and thus cannot be ruled out from the contention. The full schedule of the tournament can be found below. 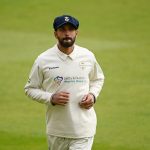 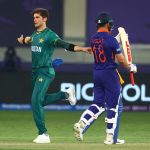